All the way to Japan to get away, and your sisters show up!

Just kidding.  I was thrilled to see them.  It would have been nice if all three could have come.  I’ll get back to the waterfall backpacking trip soon, but here’s a skeenik photo of two of them and myself, somewhere in northern Japan, probably on the Oirase River (that’s about the only river for which I knew the name!)  I must have used the self-timer on my Minolta Freedom III 35mm camera. 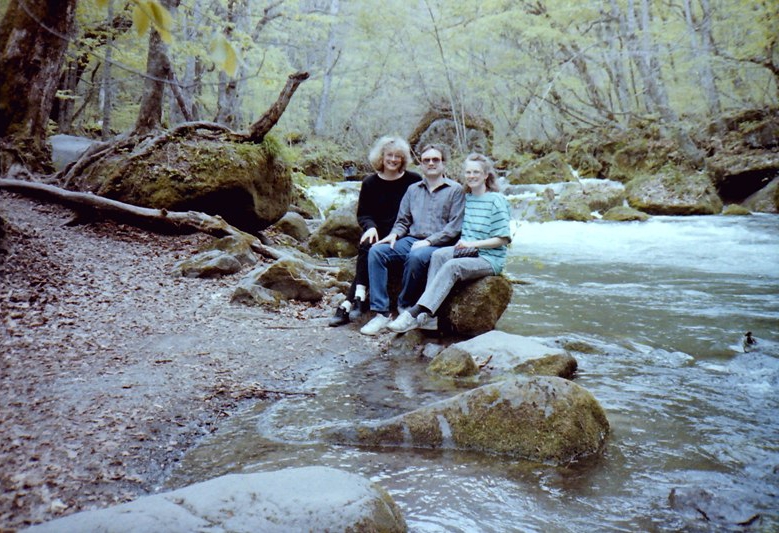 They weren’t willing to try just anything, but this photo catches my oldest sister and I eating yaki ika, better known as “squid on a stick.”  Dig my photo-gray glasses. 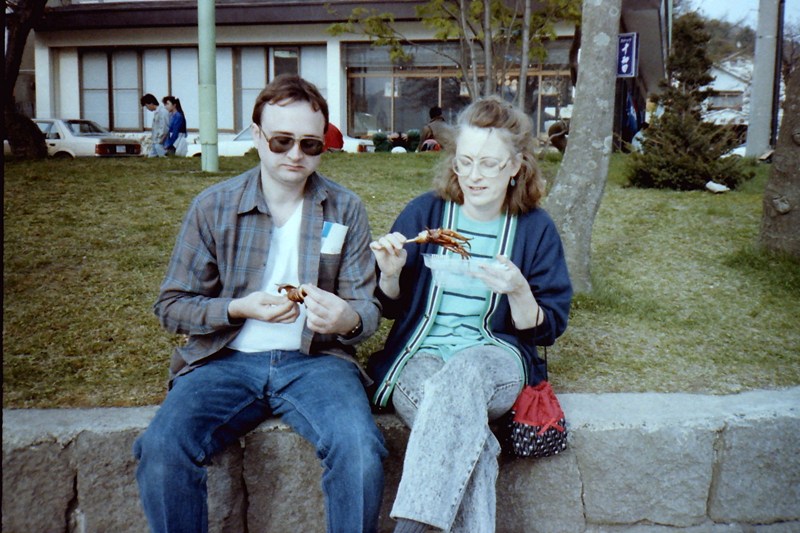 Squid on a stick

If I’m not mistaken, this is Lake Towada, the largest volcanic caldera lake on the island of Honshu. 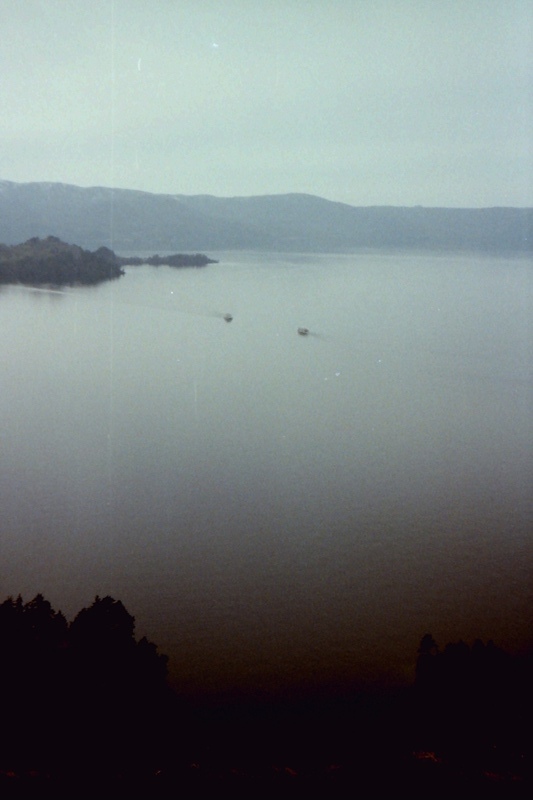 This entry was posted in Japan. Bookmark the permalink.