The head of the trail 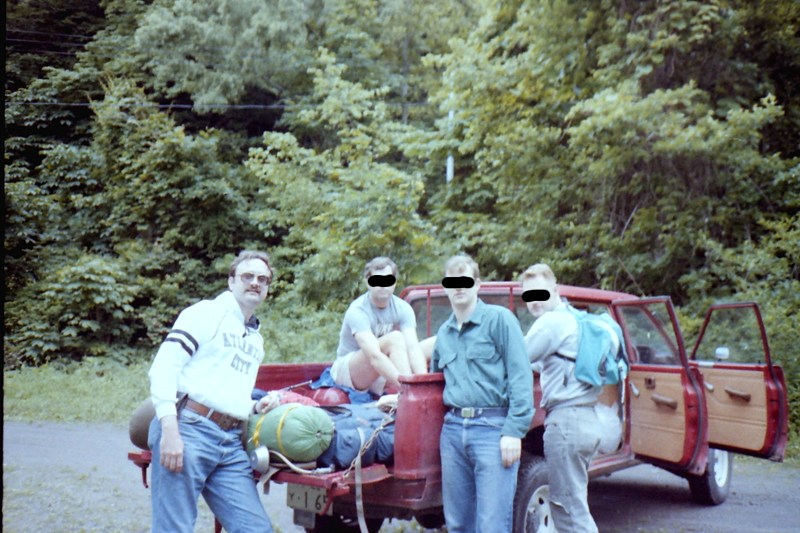 Here I am (on the left–the one without the Zorro mask) with a few friends, ready to hit the trail to the waterfall in northern Japan.  This was an overnight hike–note all the equipment in the bed of the truck.

I do have the first names of my companions, but I won’t be sharing those here.  I can’t remember their last names to save my life, even though that’s what I called the by when I was around them, and after so much time, I can’t even match the first names with the faces. 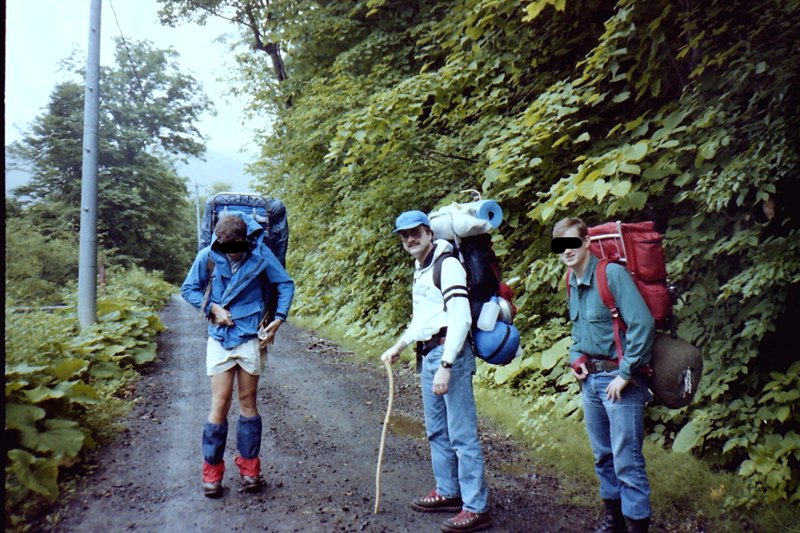 Loaded up and ready to go

Here I am with full pack and a walking cane I bought in a local shop.  Apparently, the cane was a bit short for me, as I appear to be hunched over just a skosh (chotto sukoshii).  I opted for the long pants, rather than the shorts and gaiters, even having spent five years in Denver, since I had spent most of my life in tick-laden Oklahoma.  I see I was sporting my mountain hiking boots, however.  My Atlantic City sweatshirt completes the ensemble. 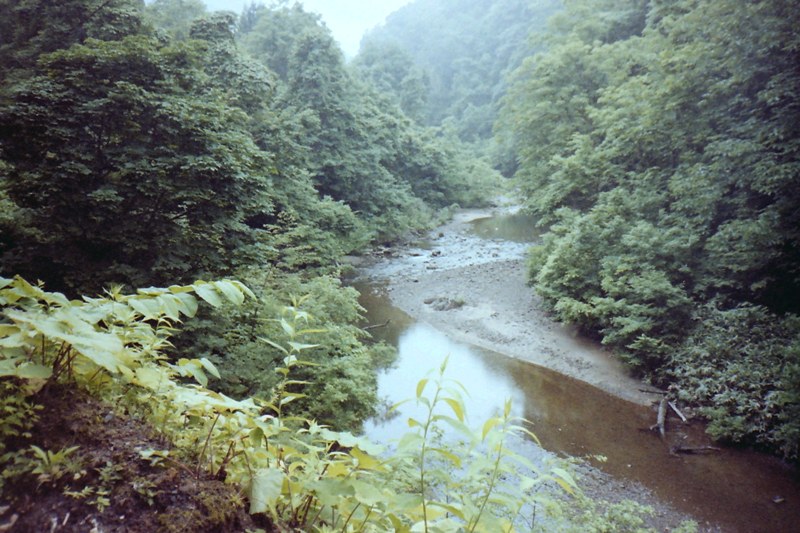 Downstream from the falls

We followed this stream–more or less–until we reached the waterfall.  Most of the time, though, we could neither see nor hear the water. 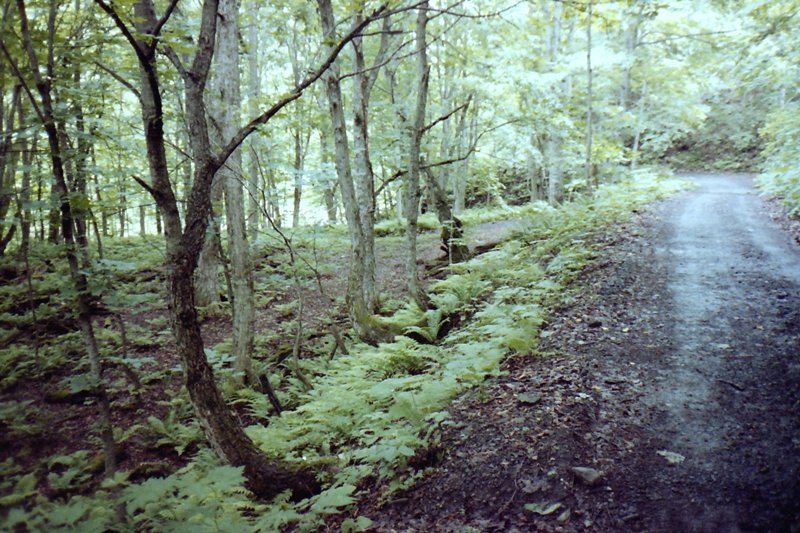 The way was wide

The start of the trail was wide enough for a small automobile.  I think some sort of maintenance vehicles used the road. 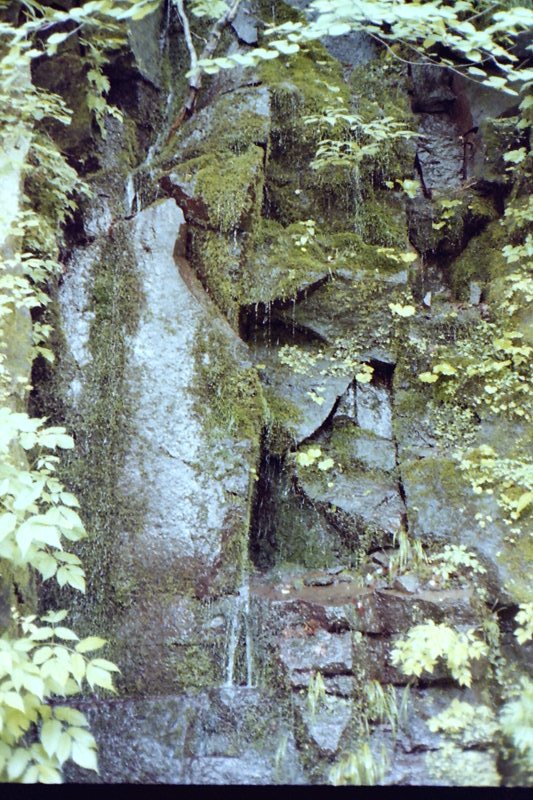 One of the scenic sights along the way. 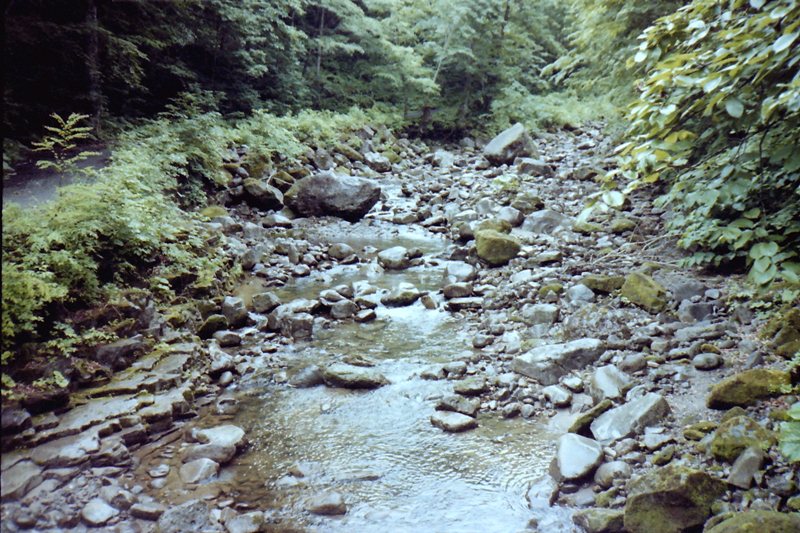 The stream is getting rockier

Things are beginning to look a bit wilder at this point on the trek. 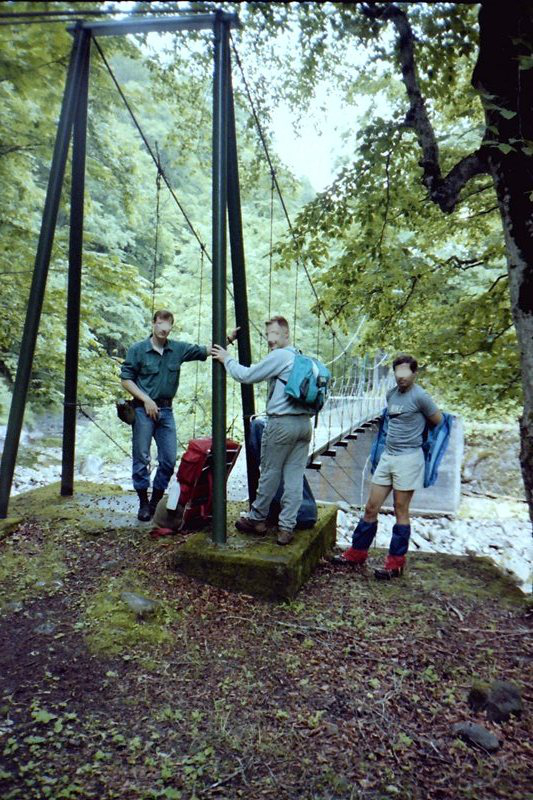 TIme for a break

We took a break before crossing this suspension bridge.  The trail became a bit more rustic and narrower from here on.

I’ll show more of my trip on another day.

This entry was posted in Japan, Uncategorized. Bookmark the permalink.