Walking to the waterfall

Here’s a few more pics of my overnight hike to the waterfall in northern Japan. 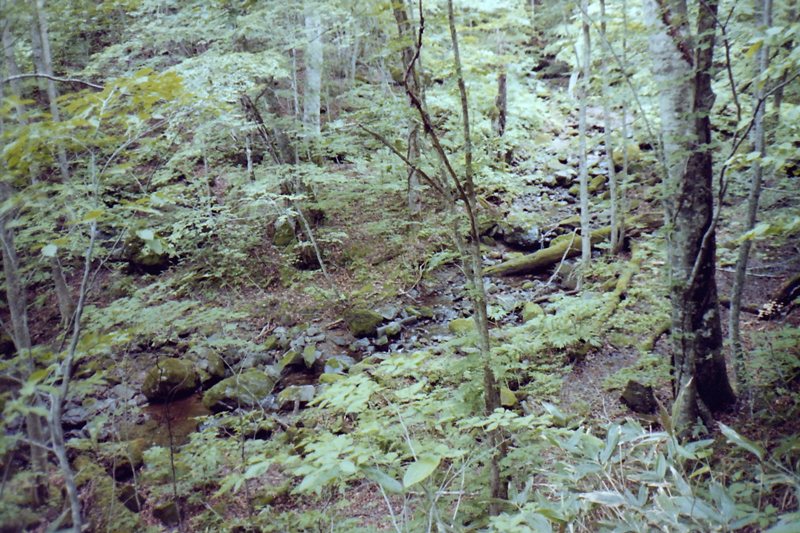 This gives you an idea of how thick the woods were.  The area got its fair share of rain (and snow).  What I didn’t see were the thorns that are so prevalent in the woods of Oklahoma. 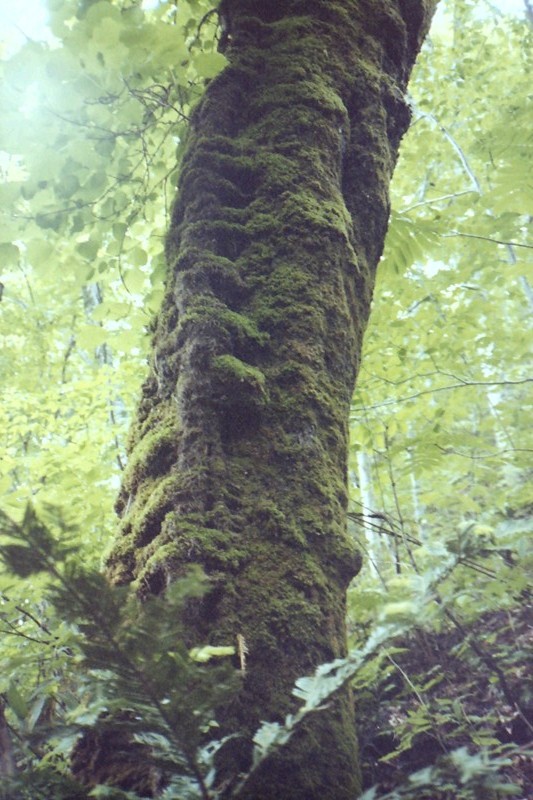 Moss only on the north side?

I don’t think you could tell directions by which side the moss was growing on–it was all over the tree! 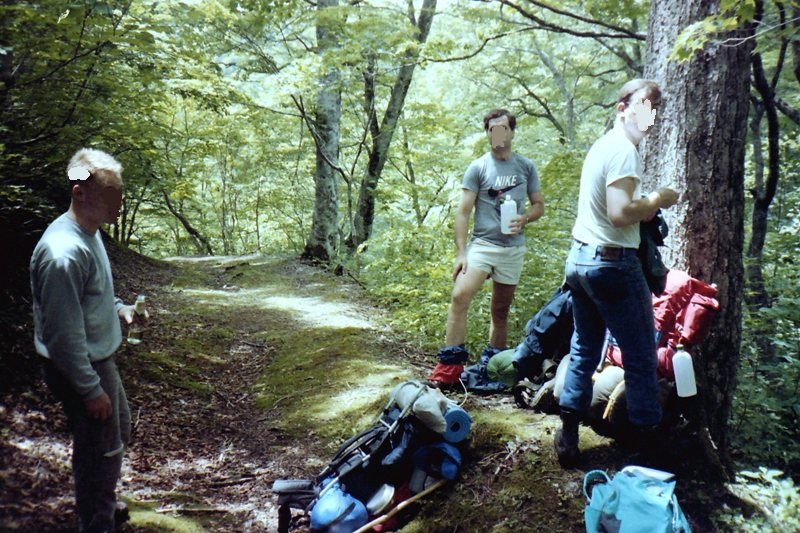 Time for a refreshing drink. The guy on the left managed to pack in some beer.  I think that’s my pack in the center.  I actually brought a portable TV, but it wouldn’t pick up a signal. 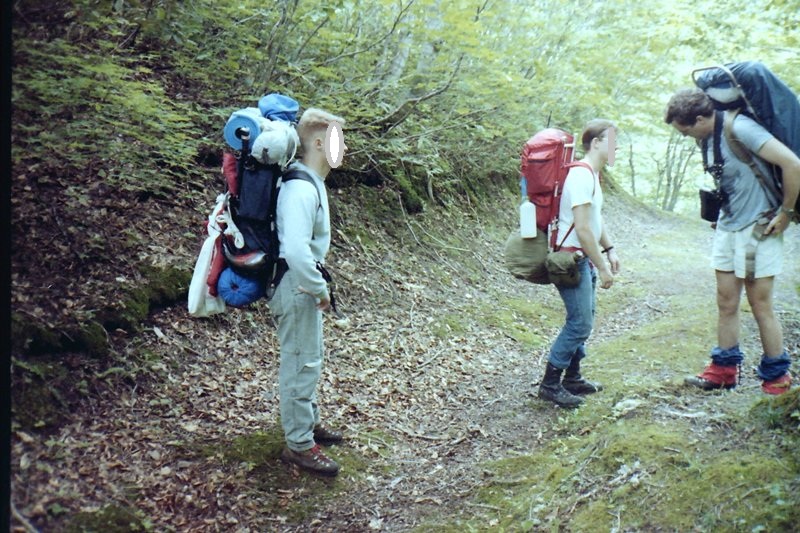 This gives you an idea of how much you have to carry for an overnight trip–especially if you want to have your beer.  Note how straight he’s standing. 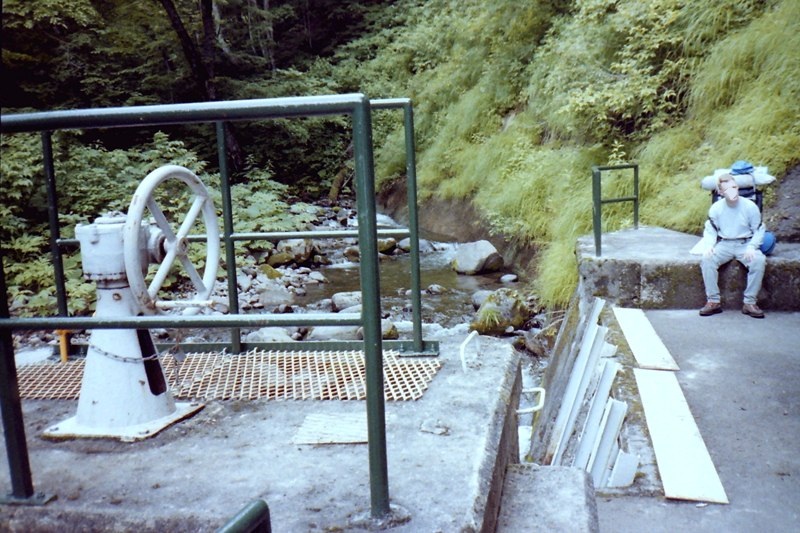 Little dam in the woods?

This looked like a dam and spillway on the river.  I suppose it was necessary flood control, but it seemed so out-of-place.  I wonder how they got all the concrete to the site. 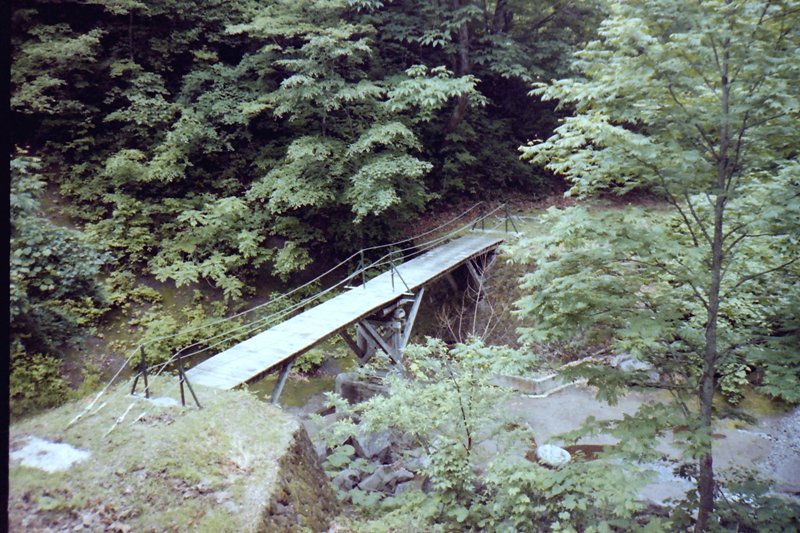 At first glance, I thought this was another suspension bridge, but it merely has wire railing.  All the support comes from the bottom. 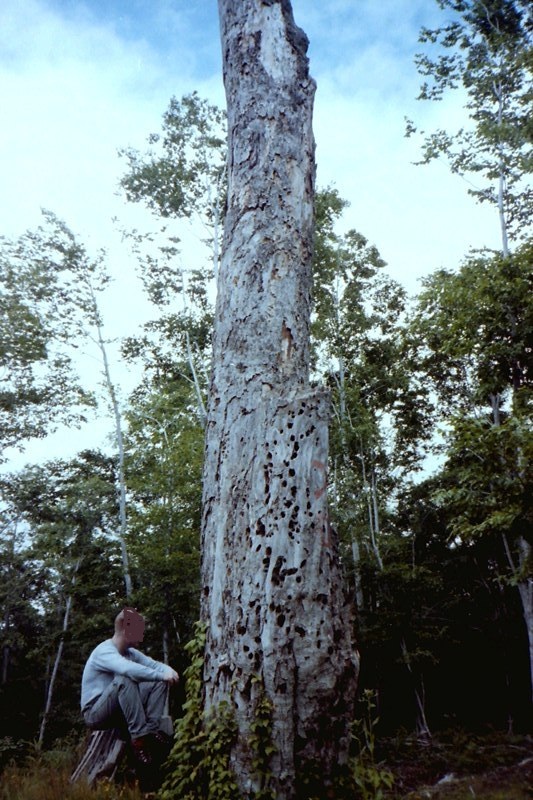 This tree had seen better days. 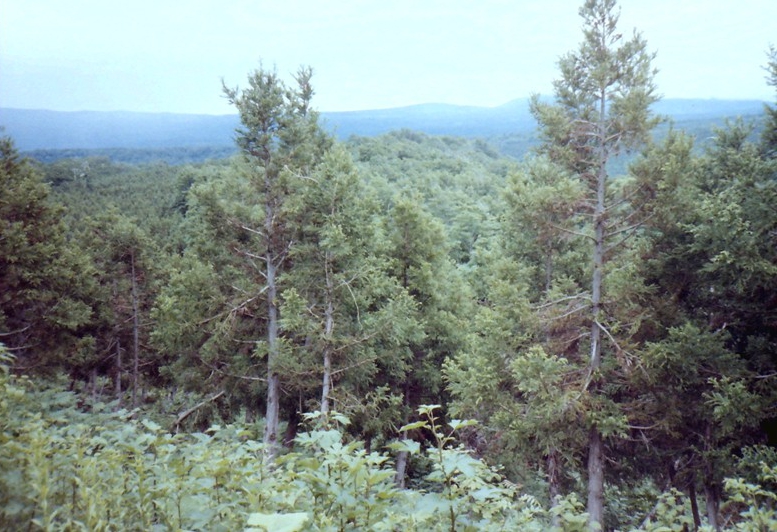 View from the top

It wasn’t all low valleys.  Here’s where we reached the top.  I think this was shortly before we made camp. 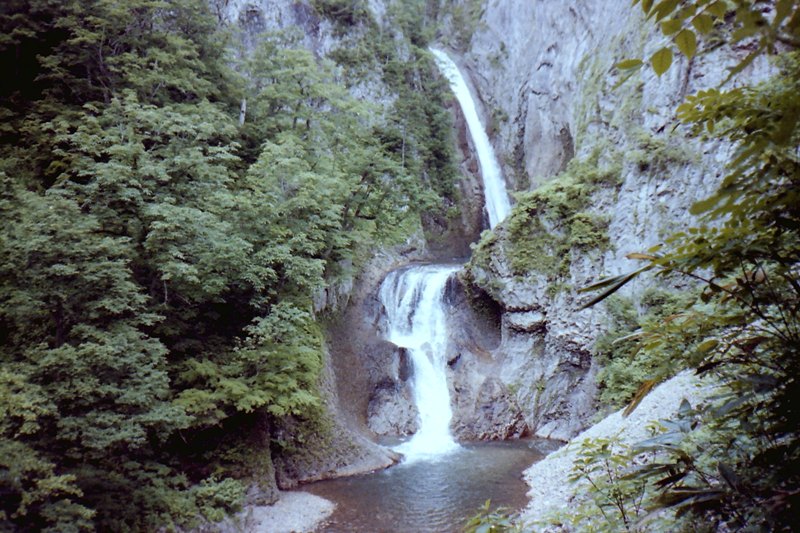 This is what we came for.  That, and just the chance to get away from the daily drudgery.

If you think grafitti is only an American phenomenon, think again. 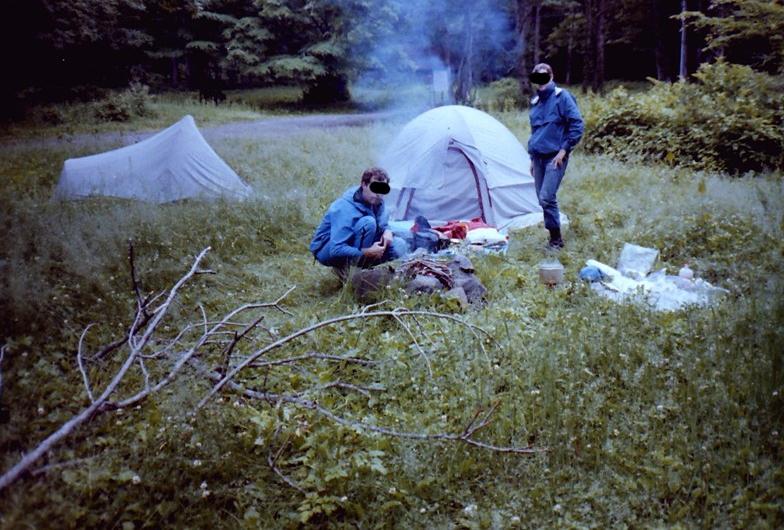 This was a nice place to camp, but it wasn’t my first choice.  Back up the trail a bit there was a meadow that was absolutely covered with wild strawberries.  The berries were no more than a quarter of an inch tall, but they were the sweetest strawberries I have ever eaten.  I had never seen wild strawberries before.  I could have eaten them for an hour, but I was overruled, and the party moved on to this camp site.

I hope you enjoyed reliving this experience with me.

This entry was posted in Japan, Uncategorized. Bookmark the permalink.